How to Call the US from Mexico 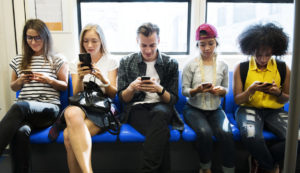 If you travel a lot, you know that making a phone call from another country to the US isn’t as simple as dialing the usual phone number.

We travel most often to Mexico, so I’ll deal with that first.

This is the easiest – just dial the 10-digit number like you would anywhere.  In Mexico, the saying is “He who calls, pays” (el que llama paga).  Calls to cell phones cost more than calls to regular land line phone numbers.

Going from a land line to a cell phone is a bit trickier.  The most common call would be to a friend in Mexico who happens to be in the same area code.  To make this call you would:

Dial 044, then the area code, then the phone number.

If your friend is outside of the area code that you are dialing, but still within Mexico, you would:

Dial 045, then the area code, then the phone number.

Calling the US from Within Mexico

Since most of us are on cell phones now, this is most likely what you’re looking for.  To call a number in the US from Mexico using a cell phone, first you want to tell the system that you want to exit the Mexican system to grab an international line.  In many countries, you do this by dialing “00”, but this is not true everywhere.  To grab an international line from any country, you should dial the “+” sign.

After you dial “+”, you need a country code to announce what country’s system you’re wanting to grab on to.  The country code for the US is 1.  (See below for more country codes.)

So, to call the US from Mexico on a cell phone, you would:

Dial +1, then the area code, then the phone number.

If you’re calling to or from a country other than Mexico, the process is basically the same, but the country codes are different.  You still want to tell the system you’re calling internationally by dialing “+”.  But the next number will change, depending on what country you are calling.  Click here to see a comprehensive list for all country codes.

We’ve run into this numerous times in our travels – we have a problem somewhere, and the only help available is accessed through an 800 number, which often does not work from outside the US.

The most common way we’ve gotten around this is to use Skype or some other Voice-Over-Internet-Protocol (VoIP) service.  Using one of these avoids the phone network altogether.  Of course, to do this you need access to a wifi service.

In a pinch, and you have no wifi available, you can try the following.  Sometimes it works, and sometimes it doesn’t.  Often it will NOT be toll-free, so be aware of that.

To call the following “800” numbers, dial as follows:

To call a Mexican cell phone from outside the country you would dial as if to a land line but adding the 1 after the country code:: 011-52-1 and then the area code and number.

Hi, I'm Don from Denver, Colorado. I retired from being Chief of Operations for a Denver metro area school district in 2013 and have been traveling the world since. I love sharing my tips and observations from my travels.